Cranes simulate the human knuckle, by lifting and placing items into position. Cranes were originally powered by humans and other animals. 90% of the worlds trade takes place on water. Most items we acquire in Bermuda are craned. The Crane Operators Association of Bermuda was formulated to standardize and regulate crane education, inspections and certifications.

Cranes were originally made from wood. From ancient times through the medieval periods. The earliest archaeological findings of cranes are in Greece. Cranes were used for the building of homes and tall buildings.

Evidence of the change from wood to metal came during the Industrial Revolution in Great Britain which developed the use of iron and steel metals for manufacturing plants, the production of goods and ship building in the during the 19 century with the use of steam power.

From the early 1900s steam was gradually superseded by electric and diesel power beginning in the late 1930s becoming more prominent in the United States of America which further developed the use of cranes.

Mobile cranes and Tower cranes are commonly found In Bermuda were we utilize the most common uses of cranes for their ability to offload cargo, and to help build buildings. Mobile cranes are usually classified under Crawler, Truck crane, Rough terrain and All terrain.

Truck-mounted cranes have two parts: the carrier, often referred to as the lower, and the lifting component which includes the boom, referred to as the upper. These are connected together through a turntable, allowing the upper to swing from side to side.

Crawler cranes can be seen on the docks and are used to offload goods being shipped to Bermuda from abroad.

Rough terrain cranes generally have 4 wheels, 4 wheel drive and 4 wheel steering, a boom   mounted on an undercarriage and outriggers used for stability. Mobile cranes are good for getting into small areas commonly have a single diesel engine.

A Crane is a type of machine, generally equipped with a hoist rope, wire ropes or chains, and sheaves, that can be used both to lift and lower materials and to move them horizontally. It is mainly used for lifting heavy things and transporting them to other places. The device uses one or more simple machines to create mechanical advantage and thus move loads beyond the normal capability of a human. Cranes are commonly employed in the transport industry for the loading and unloading of freight, in the construction industry for the movement of materials, and in the manufacturing industry for the assembling of heavy equipment. 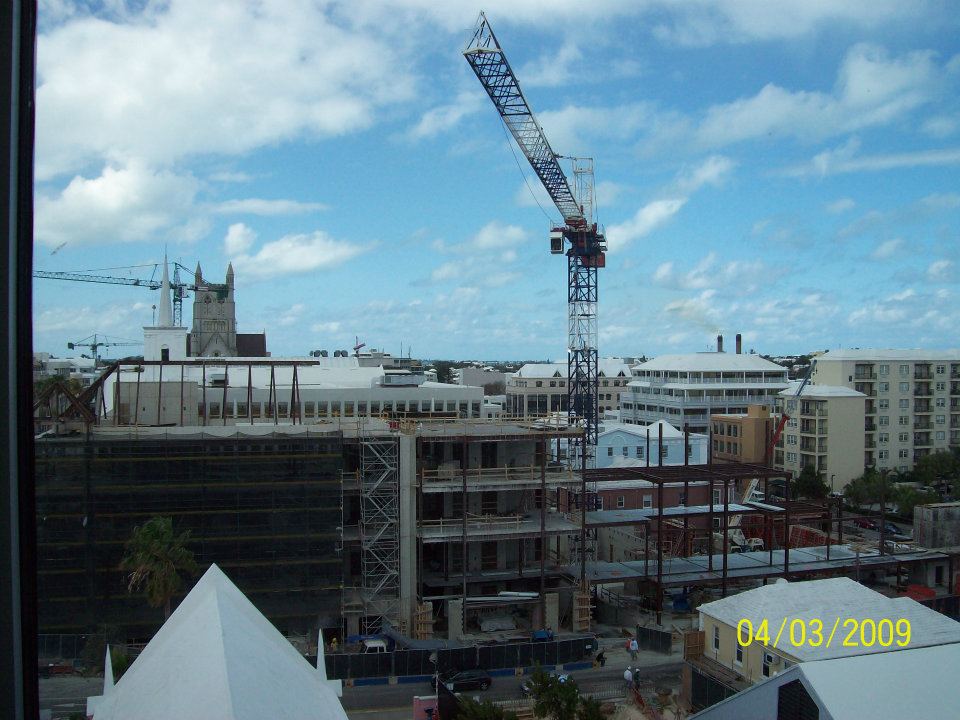 The first known construction cranes were invented by the Ancient Greeks and were powered by men or beasts of burden, such as donkeys. These cranes were used for the construction of tall buildings. Larger cranes were later developed, employing the use of human treadwheels, permitting the lifting of heavier weights. In the High Middle Ages, harbour cranes were introduced to load and unload ships and assist with their construction – some were built into stone towers for extra strength and stability. The earliest cranes were constructed from wood, but cast iron, iron and steel took over with the coming of the Industrial Revolution. 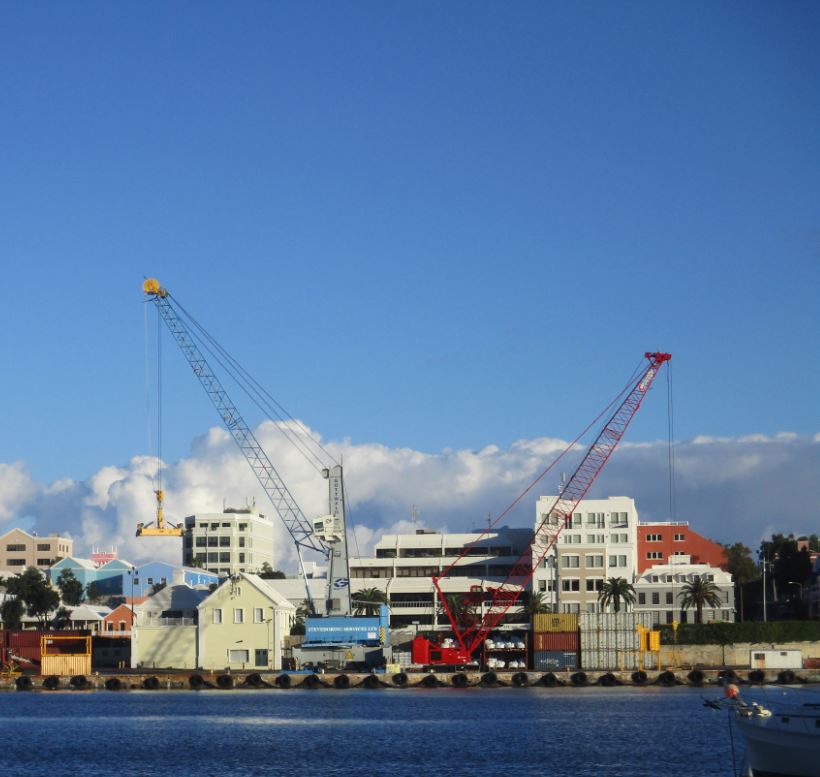 For many centuries, power was supplied by the physical exertion of men or animals, although hoists in watermills and windmills could be driven by the harnessed natural power. The first ‘mechanical’ power was provided by steam engines, the earliest steam crane being introduced in the 18th or 19th century, with many remaining in use well into the late 20th century[citation needed]. Modern cranes usually use internal combustion engines or electric motors and hydraulic systems to provide a much greater lifting capability than was previously possible, although manual cranes are still utilized where the provision of power would be uneconomic.

Some lifting machines do not strictly fit the above definition of a crane, but are generally known as cranes, such as stacker cranes and loader cranes.

The Crane Operators Association was formulated to provide a resource of educational information for crane operators, riggers and all those working in the vicinity of crane activity.

Riggers communicate with the operator to control the crane by radio remote control from the ground. They are most often in radio contact, and always use hand signals. The rigger directs the schedule of lifts for the crane and is responsible for the safety of the loads. For more on Crane Operator certifications contact PACE at the Bermuda College.

Cranes are made of welded metal structures that can often be extended for many years by aftertreatment of welding. Lifting loads can be significantly increased by proper welding. For more on welding persons can contact the National Certification Program.

This site uses Akismet to reduce spam. Learn how your comment data is processed.